Team Orr and Team Cherry showed off their skills today as players were put to the test in a combine like setting at the Pacific Coliseum.

Players were tested in multiple off ice and on ice drills focusing on stick handling, speed, agility, and mobility. 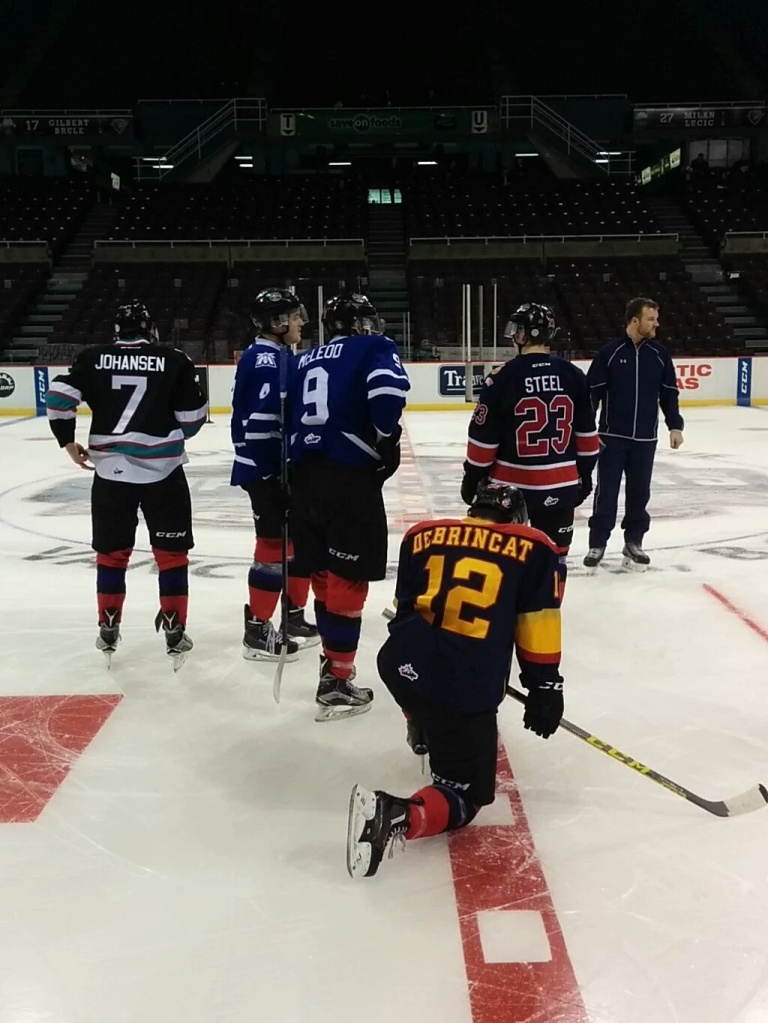 There were loads of NHL personnel on hand evaluating and taking in the action. We had the chance to catch up with General Manager Jim Benning of the Vancouver Canucks. 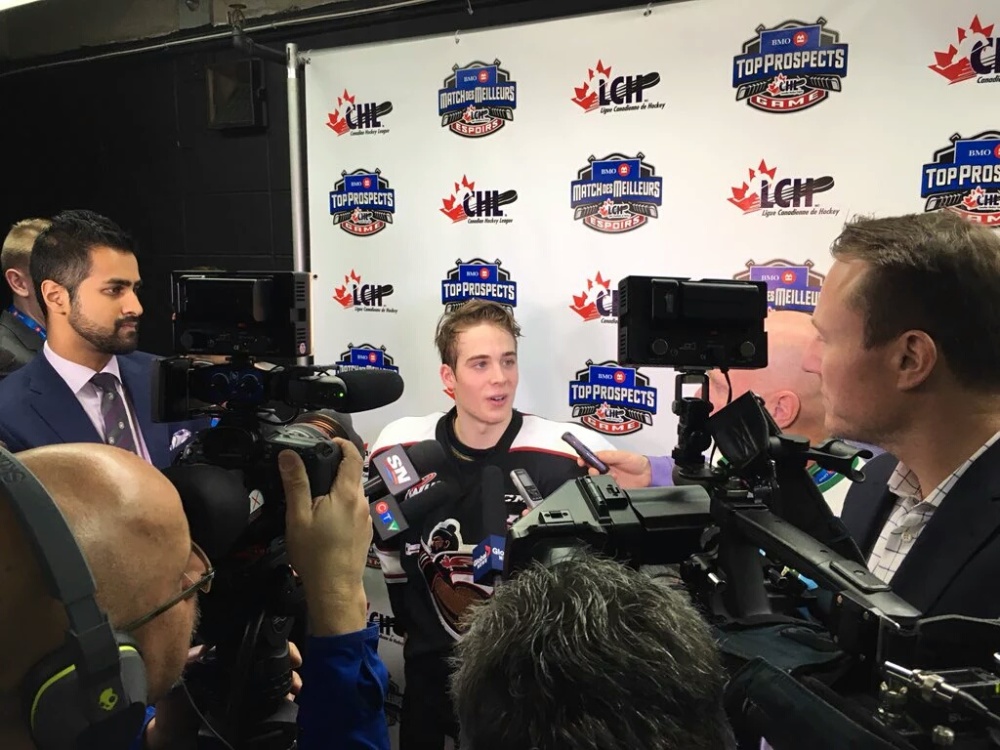 One player who is getting a lot of attention is Vancouver Giants forward Ty Ronning. Ronning did especially well with the on ice testing today completing all the events fast and efficiently. Ronning was a late addition to the Top Prospect roster. Earlier this week it was announced Tyler Benson of the Vancouver Giants would be unable to play due to injury. When asked about playing in his teammates place, Ronning had this to say. “I feel like I deserve this moment and this opportunity. It sucks that I couldn’t be here with Tyler. Tyler’s one hell of a player but things happen.” Ronning will be just one of the forty highly ranked prospects playing in tomorrow nights game. But for Giants fans he might be the only one they truly care about.

The teams will practice tomorrow morning for one last time before the teams face off at 6pm PT at the Coliseum. Fans and scouts will be excited to see what these players have in store.